Ever since the summer, I've taken more of an interest to mobile related things, especially since I switched from a BlackBerry Curve 8330 to an LG Optimus 2X. I went from a phone with, basically, a text only web browser to one that could load mobile sites, pretty nicely. 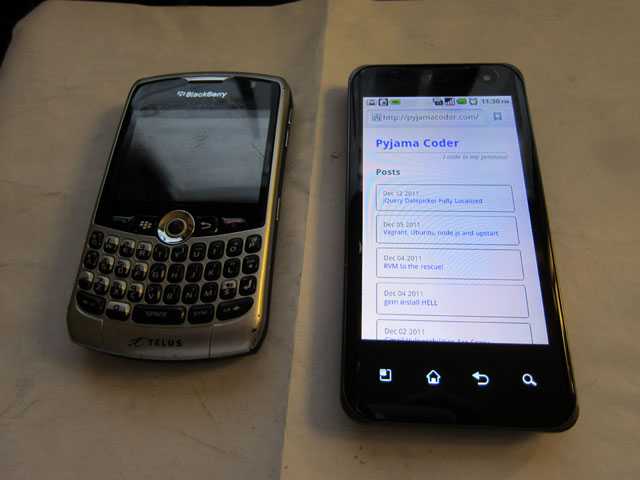 I remember seeing things like HTML5 Boilerplate and jQuery Mobile, which aim to help make sites more mobile friendly, and thinking that they were pretty neat. I saw a great example of a site that executed the whole mobile thing pretty well — The Boston Globe's website.

Recently, I've run into a situation where I needed to display a datepicker, fully localized.

I modified the jQuery Calendars plugin to do this: 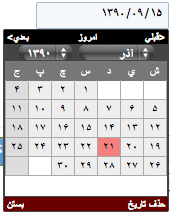 When I say "fully localized", I mean this:

Over the weekend, I hacked together a quick script to tail a file with node.js and nowjs.

The first time I used node, it was back in version 0.4.6 and I had to install npm manually. It was a pain in the ass to get it running at all. At the time, it seemed like npm installed things into some location that node couldn't require from.

That aside, I decided to give it another shot. Mainly because it's been known to be awesome for many reasons.

RVM to the rescue!

My previous post showed how much of a mess my ruby and gem setup was. It might be a good idea to clean it up, but for now, I've found a temporary solution.

Here are the commands I used to install everything...this is more for reference because this isn't the first time I've done it.

I spent the better part of my day trying to make some things work in bash, and learned some neat tricks, but I'll leave that for another time.

Since I've started using Ruby for some things, like this blog, I decided to try and make use of Rake to automate some of my tasks.

I was trying to camelcase a string when fellow pyjama coder Neil Lalonde, of FitLogg fame notified me that there was a gem that could handle that.